Getting to Rosehill Guest House

From Perth, take the A9 north, following the signs for Pitlochry.
After approximately 25 miles/40 minutes, take the slip road on the left (A924) signposted for Pitlochry.
Shortly after passing under the stone railway bridge, you will see the Police Station and Tourist Office on your right.
Just after the first set of traffic lights, turn immediately left into Ferry Road and immediately left again into Rosehill car park.
Do not go under the bridge as, by then, you will have missed us!

From Inverness, take the A9 south, following signs for Pitlochry. After approximately 86 miles/1½ hours, take the slip road on the left (A924) signposted Pitlochry.
At the end of the slip road, turn right towards the town.
Continue past Fisher’s Hotel (a large grety building on the right) and take the right turn just after the small War Memorial garden, into Ferry Road.
Turn immediately left into the Rosehill car park.
Don’t go under the bridge as, by then, you’ll have missed us!

The cities of London, Edinburgh, Glasgow and Inverness all have easy links to Pitlochry and we are only a 5 minute walk from the station.  Click on either of these links for timetables and prices:  www.scotrail.co.uk  or www.gner.co.uk.

We are also situated on the main bus route, serviced by Stagecoach, for links to and from Edinburgh, Glasgow, Inverness and London. The Pitlochry bus stop is a 2 minute walk from Rosehill Guest House.

We’re only 1½ hours drive from Edinburgh Airport and about 2 hours from Glasgow.

However you travel, have a safe journey! 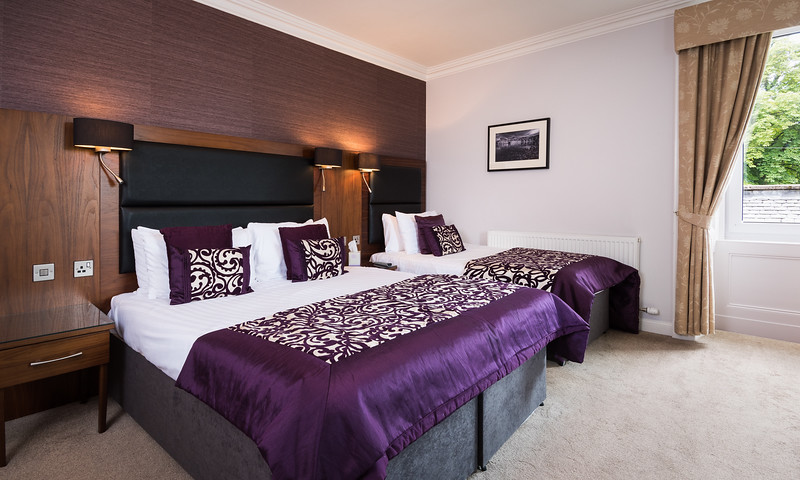 When you book directly with us, you'll get our best price & availability.